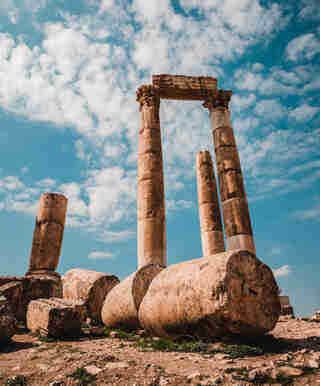 1999
Following the blooming period of the youth work "Bunker", Eno goes abroad. Working with DAWN, among others, he begins to feel a calling towards his Turkish relatives along the Silk Road.

2000
Initial missions and research trips in the Turk speaking regions. At the same time, a pioneering team is built up in Schaffhausen, which focusses on the founding of interconnected and organic churches, schools, and businesses.

2005
Founding of the "Silkroad Foundation", a Non-Profit Organization which focusses on the training of church planters along the Silk Road.

2009
Initial longer-term training of Central Asians in Turkey. Part of these trainees have since become today's key persons.

2010
Foundation of the friendly society SilkWave with the purpose to start business projects in East Europe. Initial 2nd Hand Stores are established.

2011
Construction of the first training centers which also served as apostolic hubs. Today, Global Nomads has houses like this in Bulgaria, Turkey, Kyrgyzstan, Uzbekistan, and soon on the Crimean Peninsula.

2016
Founding of Global Nomads, a non-profit organization, complete with board and a missionary leader, which serves as an umbrella organization for Silkroad Foundation, Silkwave, Global Mercy, and ten:02.

2019
Kick-off GN Germany.
A lot of projects in the pipeline.